Peng-Peng Gong is a Chinese piano and composition prodigy, born in Nanjing in 1992. He has been studying in the US since being accepted to Julliard's pre-college division at the age of ten. Yo-Yo Ma and former Democratic presidential candidate Hillary Clinton assisted in obtaining his visa. Now 28 years old, he has already written ten symphonies, multiple piano concertos and other symphonic works, as well as numerous chamber works. He lives in New York now. 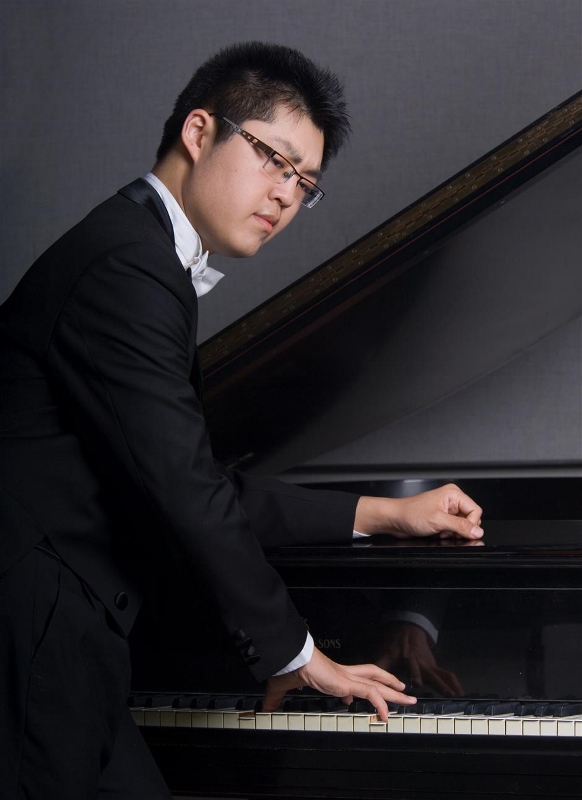 Gong's influences are easily ascertained: Bach, Beethoven, Chopin, Rachmaninoff for piano; Beethoven, Mahler, Rachmaninoff for orchestration. This music is derivative, but of a high quality. This is essentially student work, which makes sense considering aspiring composers today who are older but have produced less music are considered "young." Gong is like a human AI algorithm. If you needed any more proof that computational power is not the limiting factor in the creation of new music, this is it.

The music establishment, especially the Chinese music establishment that is perhaps overly eager to crown national champions, has thrown a lot of weight behind Gong. There is probably no harm in this. But in the big picture we have yet to hear a true "opus 1" from Gong--a work that gets past the assimilative stage and expresses something in a new voice that is uniquely his.

Peng Peng Gong: 'As a young composer I was drowning in creative activity'
On his transition from rising superstar performer to bankable composer

By Nancy Pellegrini
Posted: Thursday May 11 2017

Boy genius. Asia’s Mozart. The next Lang Lang. Now age 25, Peng Peng Gong has shed these labels in exchange for the one he wanted all along - successful and respected composer. Blessed (or cursed) with that rare talent that saw him excel in both performance and composition, Gong was perfectly identifying pitches at two, studying piano at five and composing at seven. He was a six-time winner of the American Society of Composers, Authors, and Publishers National Award, and at 16, was the youngest composer to be signed with Lauren Keiser Music Publishing.

Still, balancing the demands of schoolwork and an international concert schedule that included two performances for US Congress, with the driven, irregular hours that composers know all too well took its toll on his professional personal lives. His parents, colleagues, and friends were mystified that he would eschew the celebrity route for the uncertain career of a contemporary composer, but in a rare case of true talent winning out, he became resident artist of the Shanghai Philharmonic Orchestra. The latest in a series of portrait concerts (rare for any composer), 'Catcher in the Rye' features pieces that capture the turmoil of adolescence, of which Gong writes from experience. Here’s Gong in his own words.

About his Viola Concerto

'Catcher in the Rye was the only book from school that I not only kept till this day but read it more times than I read Harry Potter. Coincidentally, I was just as bad at school as Holden Caulfield was, [with the same] colossal empathy, hatred for phoniness and being boundlessly protective of the young, to name just a few characteristics. This prompted me to write the Viola Concerto, not just because the instrument's tone fits the character, but because musically I wanted to compose a sentimental 19th-century romantic-style viola concerto, of which there are arguably none and I think that's too bad.'

'The pain for foreign students in the West is that what they're taught in school is directly at war with what they're taught at home -the Western glorification of individual personality versus the Eastern requirement of loyalty and selflessness toward family and country. So people will hear that war very literally in the music, as the [two forces go] back and forth until finally they crumble and explode, leaving the protagonist in the midst of confusion and [agony].'

About his sixth symphony

'As many of my friends and audience members know, my giving up my performance career in pursuit of composition caused horrible trauma for my family. Unlike Western families, Asian families often sacrifice everything in order to support their children so they can pursue a musical career in the West. But even though I came so close to the "superstar" stage, I secretly had deep problems with both performance and realistic time-scheduling, because as a young composer I was drowning in creative activity.

'This nearly destroyed my family - first and foremost was the fact that I gave up up my only source of income. If I had not received spiritual help from my alma mater Juilliard, which welcomed me into the composition department and purchased all my published works for its library, I would not know where I would be today. So here I am living my dream in Shanghai, with the Shanghai Philharmonic performing virtually anything I write. I am fully reconciled with my parents, and am preparing to marry the woman of my heart. I see a bright future ahead.

'However, I cannot help but notice my own students going through the exact same phase of deep angst that I did, and that some of their closed-minded parents are hurting their souls in the name of love. So I wanted to address this concert both as a musical letter to my own parents, and also to parents all over the world. I want them to "hear" what was it like to be a teenager, especially one who had the talent but not necessarily the passion to be exactly what they had hoped for from the beginning.'