A forum for discussing everything related to Asian vocal performers and the vocal repertoire.
Post Reply
2 posts • Page 1 of 1

Three Chinese performances of the South Korean soprano Sumi Jo were cancelled without explanation recently. The theory is that it is retaliation for South Korea's recent acceptance of a US missile defense system called THAAD in South Korea. A performance by Korean pianist Kun-woo Paik was also cancelled.

Sumi Jo is apparently a very well-known singer outside of the US (possibly among opera aficionados in the US as well). She has won a Grammy and was nominated for an Academy Award in 2016 for "Simple Song #3," which was featured in a 2015 Italian film named "Youth." She is amply represented on Youtube.

Although nominated for an Academy Award for "Simple Song #3" in 2016, Jo was not invited to perform the song at the award ceremany. Three other nominees were and did perform their songs. The only other nominee excluded in this way was a transgender singer named Ahnoni. Some considered this an example of the Academy's lack of diversity in a well-publicized campaign in 2016 known as #OscarsSoWhite. It must be noted, however, that #OscarsSoWhite focused primarily on the inclusion of African-American performers and, just anecdotally, I am not sure anyone in the US even remembers Sumi Jo's name in relation to this political campaign. 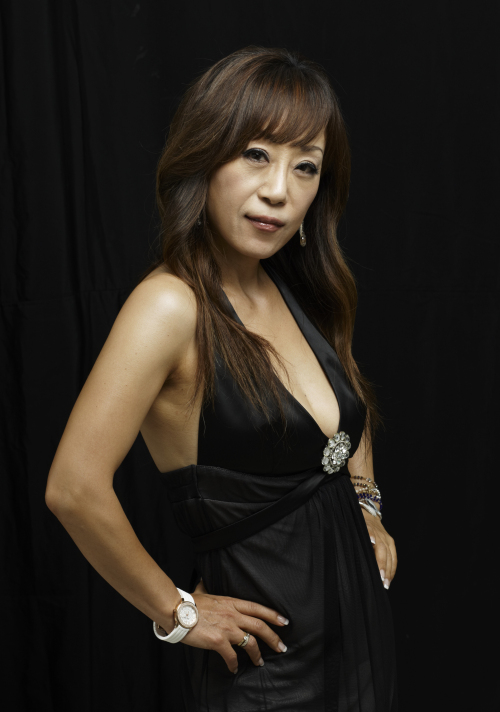 And here's one more--a highlight of Sumi Jo as Madame Mao in John Adams' opera Nixon in China:
https://www.youtube.com/watch?v=yYxv2p2rdgg

One venue billed the performance as a “grand and worthy” tribute to the beloved opera singer Maria Callas by “one of the most sought-after Korean sopranos in the world.”

But on Sunday, about a month before the concerts were scheduled to take place, the three orchestras suddenly issued separate but seemingly coordinated notices announcing that Ms. Jo, a veteran coloratura soprano, would no longer be performing.

The cancellations have heightened suspicions that South Korean classical musicians are the latest casualties of political tensions with China that go back to July, when the government in Seoul announced that it would deploy a United States missile-defense system known as Thaad on its soil.

In statements published on their official WeChat social media accounts, three orchestras — the Shanghai Symphony, the Guangzhou Symphony, and the China Philharmonic in Beijing — offered little or no explanation for why Ms. Jo would not be performing.

The China Philharmonic noted that Ms. Jo and the South Korean conductor Min Chung had been “forced to withdraw” from the performance for “specific reasons.”

The Xi’an Concert Hall has also removed from its online performance calendar information about a concert that had been scheduled for March 25 and that was to feature Ms. Jo. It was not part of the Callas tribute series.

Ms. Jo’s performances with the Hong Kong Philharmonic on Feb. 3 and 4 appear to be unaffected. The semiautonomous region has a separate visa application process.

The announcements on Sunday came just days after a performance by the South Korean pianist Kun-woo Paik and the Guiyang Symphony Orchestra, scheduled for March in the Chinese province of Guizhou, was abruptly called off on Wednesday.

Based on Guiyang Symphony Orchestra’s website, it appears that Mr. Paik has been replaced in the program by the Chinese pianist Sa Chen.

“We never expected this to happen,” Ms. Jo’s brother, Jay Jo, said by telephone on Monday. “Sumi has toured nearly every year in China for almost 10 years.”

Many observers had been expecting various forms of Chinese retaliation after the announcement about the missile system. In August, several events in China featuring South Korean music and television stars were suddenly called off, setting off fears that the Chinese government was quietly going after K-pop, one of South Korea’s biggest cultural exports.

There has been no official confirmation of a Chinese blacklist or a ban on South Korean artists and entertainers. But “that’s the beauty of the Chinese government — they never say anything,” Mr. Jo said.

He added that the idea for the tribute concerts to Callas had been presented to Ms. Jo more than two years ago, and that the China tour dates had been confirmed in the summer.

When Ms. Jo was preparing to apply for an entry visa last month, Mr. Jo said, the Chinese orchestras were unable to provide the required government-approved invitation letter.

Ms. Jo last performed in China in May, at a concert with the Spanish guitarist Pepe Romero at the National Center for Performing Arts in Beijing.

On Jan. 31, she will make her debut with the New York Philharmonic at its annual Chinese New Year concert. Mr. Yu will conduct.

Interesting interview with Sumi Jo in the Sydney Morning Herald. Death, sex and politics--I guess the interviews are just better when you're an opera singer:
https://www.smh.com.au/entertainment/mu ... 4zp0y.html

Each week, Benjamin Law asks public figures to discuss the subjects we're told to keep private by getting them to roll a die. The numbers they land on are the topics they're given.

This week, he talks to Sumi Jo. The 55-year-old South Korean coloratura soprano is one of the world's greatest bel canto singers. She has won a Grammy, been nominated for an Oscar, and lives in Italy.

There's so much death in opera. Have you had to die on stage much?

Of course! So many times.

My death count is reasonable. In Italian melodrama, female characters die all the time for love. It's very sad because they're all such young characters, dying for love or because of injustice. In the 17th and 18th centuries, women's rights didn't exist at all.

Is dying on stage a difficult thing to do?

Absolutely. All the roles I play are very high soprano parts. So I'm dying screaming, you see? It's always a very high note and I have to make it sound credible. Technically, it's very difficult: high notes and soft sounds. Even standing while hitting these notes is difficult, so you can imagine what it's like lying down on stage. And emotionally, you have to try not to cry.

That's interesting. Actors often want to be able to cry for the camera or on stage. But for opera, it's important not to?

You shouldn't cry at all as it damages your sound.

Have you had much experience with death?

I lost my father in 2004. I was performing in Paris; one of the most important performances of my career. It was a recital for the Théâtre du Châtelet, and the concert was being recorded for DVD. I knew my father was not well. My mum called the day before from Korea saying my father was almost dying. I said, "I'm cancelling my Paris concert and coming back to Korea." She said, "No, stay there. My daughter, you are Sumi Jo, an artist who is loved by many people. You can't come back." I was shocked when she said that, but I did the concert. And while I was performing, my father passed away. Something nice that came from that was I was able to dedicate the resulting DVD to my father. I couldn't be with him, but I have something for him. Sometimes it's very cruel. As a performer, you belong to many people. You're not just a daughter; you're an artist.

What did you learn about sex growing up in South Korea?

Imagine a girl from Korea, growing up with all that tradition. In Asia in 1983, you didn't talk about sex. But that year, when I was 19, I left my country and went to Italy, where I saw so many sexy guys and everyone kissing in the street, doing everything so freely.

Of course! In Korea at that time you could not even imagine holding hands in the street. I was jumping into a completely different way of living for young people. Kissing and hugging, being wild in front of everyone. When I walked down the street, Italian guys would go, "Hey, bella!" Being Korean, I was quite a unique figure wherever I went. I actually enjoyed the attention – I loved it – so my make-up got heavier and my outfits sexier. On the other hand, I was a little bit scared. Even now, for me, it's still hard to pronounce the word "sex".

"Sex" is a word that, for me, doesn't match with my way of living. First: I'm not married. Second: I always thought sex has to match with love. One-night stands? I've never liked the idea. But I understand if I get involved with someone I go really crazy over, I'd do that. I'm not afraid to say that. But my expectations are really high!

What makes a man sexy for you?

Obviously, a nice butt. No doubt about it. And the voice.

South Korea is going through a dramatic political moment. Do you follow Korean politics closely?

I left my country 35 years ago, so I'm not able to follow politics as closely as I'd like. I'm also an artist who serves my country, not a specific person or political party. I've done so many things for my country, singing at the inauguration of presidents, at the opening and closing ceremonies for the [2008 Summer and 2018 Winter] Olympics. I'm a cultural ambassador and travel with a diplomat's passport.

Do you still vote in Korea?

Absolutely. And I truly believe politics are getting more and more important. Everybody should vote.

Do the developments between North and South Korea make you anxious or hopeful?

Obviously, being a South Korean – and especially an artist who represents South Korea – there's a strong responsibility for me. I've been asked how I feel about reunification, about Kim Jong-un's behaviour. But I'm an Artist for Peace for UNESCO, so what I have to do is give a message of peace. Right now, it's a historic moment, and I'm quite optimistic. But we'll see.