A forum for discussing everything related to Asian string instrumentalists, the instruments themselves and their repertoire.
Post Reply
1 post • Page 1 of 1

The Korean-American violinist Jennifer Koh recently published a very political article about anti-Asian discrimination in classical music, linking the professional discrimination she has experienced to the recent rise in anti-Asian violence. Koh may be the most prominent Asian-American classical musician to take a public stand on this topic. The article covers a lot of ground and ends with what is almost a ten-point program. Her links on the Tom Deacon criticism of Yuki Matsuzawa in the Joyce Hatto scandal are better than mine. I want to clarify that I do not believe in political art. True art is "universal," but not superficially inclusive. Classical music is a Western tradition. I think Koh's proposed solutions to the problem are fairly biolerplate for liberal America. If Asians want more respect in the music world, we will have to create things that deserve that respect, and, since the universal arises out of the particular, this inevitably means we will have to face our past and become originators as well as executors. You cannot expect people to respect you when you are trying to run away from yourself.


A Violinist on How to Empower Asian Musicians

Jennifer Koh, an acclaimed soloist, calls on classical music to make space for artists of Asian descent, who remain marginalized in the field. 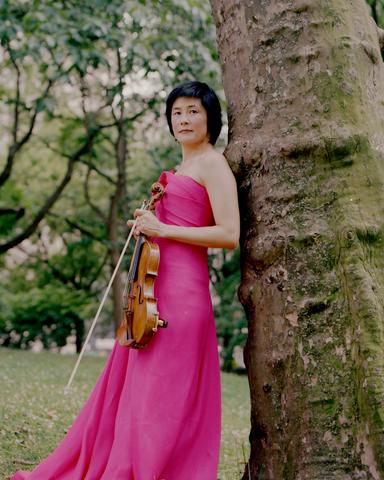 I have not been surprised by the recent violence toward Asian Americans. I palpably remember being afraid when I was a child in Illinois, in the 1980s.

At that time, Japan was seen as a looming economic force invading the United States. In 1982, Vincent Chin, a Chinese American man, was beaten to death by two white men who thought he was Japanese, here to steal American jobs. The perpetrators received a $3,000 fine and probation for killing a man who looked like my father. The message was clear: Asian American lives had little value.

This message trickled down to my elementary school, where my classmates broke eggs into my hair and hit me on an almost daily basis for five years because I was not white. And yet I was grateful to be Asian American. After all, we were the model minority.

This myth that all Asian Americans are quiet, diligent and successful was invented to pit minority groups against each other, making racism palatable by giving Asians distorted praise and falsely promising them access to the white American dream. The myth defers the kind of solidarity between minorities that could threaten entrenched racial power structures.

This myth also hides truths: Currently in New York City, nearly a quarter of the Asian population lives below the poverty line; Asian immigrants have among the highest poverty rates in the city.

A beneficiary of changes to American immigration policies that had placed quotas on nonwhite immigrants, I am the daughter of Korean War refugees. During her childhood, my mother witnessed horrific violence and experienced overwhelming fear and hunger. Although my family’s history is a common one for Korean Americans, it is a part of Asian American history largely ignored in this country. But perhaps even less known is what it is like to be an Asian American woman in classical music.

Having had few opportunities in their childhoods, my parents provided me with numerous extracurricular activities, one of which was violin lessons. But when I was growing up, I saw very few people in music who looked like me. In 1980, according to the League of American Orchestras, 96.6 percent of orchestral players in the country were white. At that time, the “Oriental presence in classical music,” as a New York Times article put it, was a topic of discussion.

These days, Asians are often referred to as overrepresented minorities. In the League of American Orchestras’s most recent data, 86.8 percent of orchestral musicians are white and 9.1 percent are of Asian descent. Among executives in classical music, 91.7 percent are white. The percentage of ethnic Asians in these management positions is too small to be included.

It is highly misleading to say that Asian Americans are overrepresented in what remains an overwhelmingly white and male field.

Classical music is often called “universal,” but what does universality mean when the field was built for white men who still hold much of the power? In my nearly 30-year career, I have seen not even a handful of ethnic Asians — much less Asian American women — ascend to executive or leadership positions.

I have witnessed throughout my career that those of us who are ethnically Asian but were born, raised or trained in America and Europe, are burdened with the belief that musicians of Asian descent are diligent, hard-working and technically perfect — but cannot understand the true essence of music, have no soul and ultimately cannot be true artists. In the beginning of my career, I was told by an influential conductor — who had never heard me play — that I could never be a true artist because he did not understand Chinese music and therefore Chinese people could never understand classical music.

The American historian Grace Wang uses the term “innate capacity” to describe the belief that different types of music originate from, and therefore belong to, specific groups of people from specific places. The assumption that a musician can be a great interpreter of a composer because he or she is from the country where the composer once lived is often expressed, both implicitly and explicitly. Technique can be learned, according to this perspective, but the ability to truly understand the essence of classical music can only be acquired through bloodline and race.

In 2007, it was revealed that Joyce Hatto, a white British pianist, had stolen recordings of other pianists — including those of Yuki Matsuzawa, a Japanese woman — and released them as her own. Tom Deacon, long considered a gatekeeper in classical music, a former record executive and a well-traveled competitions judge, had written on a classical music message board about both Hatto’s and Matsuzawa’s recordings, without knowing they were the same.

Of what he believed to be Hatto, Deacon wrote: “My oh my, this is a beautiful recording of Chopin’s music. The pieces flow so naturally and so completely, without precious effects.” Hatto, he added, played “the octaves so incredibly smoothly that they seem to flow from her fingers”

Of what was labeled, correctly, as Matsuzawa: “Faceless, typewriter, neat as a pin but utterly flaccid performances with small, tiny poetic gestures added like so much rouge on the face of a Russian doll.”

Aside from the obvious contrast between his praise of Hatto and his loathing of Matsuzawa for the exact same performance, what fascinates me is the language. Deacon encapsulates nearly every stereotype of Asian musicians: He writes that Matsuzawa’s performances are “faceless,” while a white woman’s “flow naturally”; the Asian pianist is technically “neat as a pin,” a “typewriter,” not organically creative and only able to copy a European’s innate capacity.

Classical music continues to perpetuate these and other stereotypes, including through the continued use of yellowface — white performers painted with yellow makeup and slanted eyes — in opera productions. Yellowface normalizes caricatures of Asians and fetishizes Asian women, exoticizing them through stereotypes of them as alternately submissive and hypersexual.

So how can classical music empower and create space for all members of our community?

Ask Asian Americans to curate programs and create work — not just about Asia, with token Lunar New Year concerts, but about our unique experiences and contributions as Americans of Asian descent.

Hire and commission Asian and Asian American singers, instrumentalists, conductors and composers to break stereotypes and amplify our individualities and complexities.

And, when you have Asian Americans on your boards, listen to them — empower them to reframe discussions about inclusion and equity, and give them the freedom to issue statements about violence against those who look like them. Learn the histories of Asian Americans and create paths to engage with all members of your community.

My mentors fought for my inclusion in the classical world. It is now my responsibility to help build a more inclusive field for future generations. I invite musicians and musical institutions to create these new spaces with me and my forward-thinking colleagues.